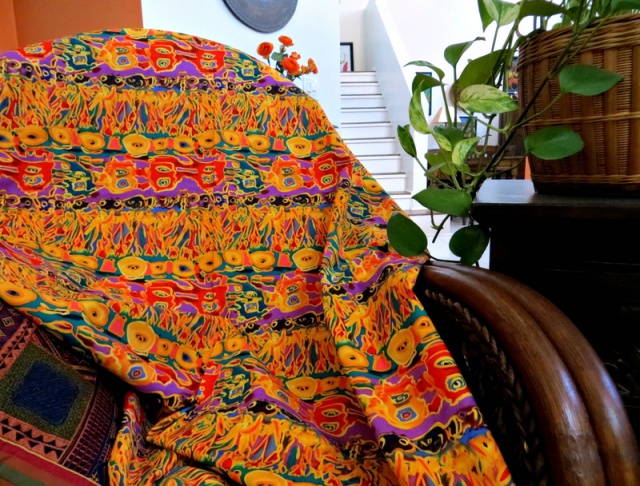 I’m smitten with this cotton fabric by artist George Mendoza. It is so unusual – the design just seems to move. I love the vibrant color palette and the density with which it’s applied. A maxi dress for sure…

This particular design is from Mendoza’s 2009 Wise Tree collection and is called River Bank in Red. It’s manufactured by Westminster Fibers, under their Free Spirit brand. Free Spirit released a second collection in 2011, but Wise Tree is by far my favorite. 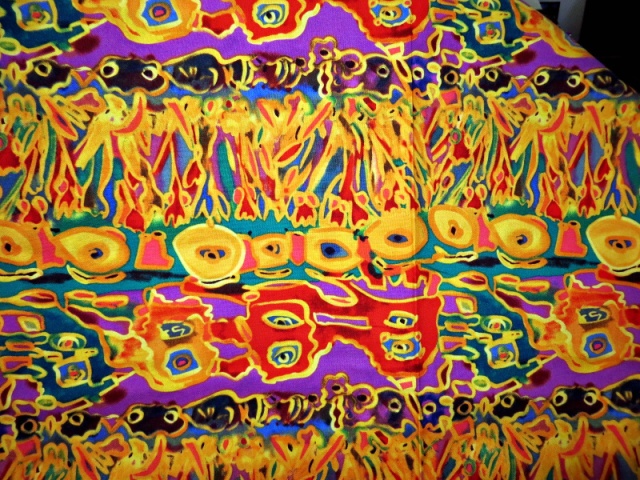 George Mendoza is very interesting all by himself. From Wikipedia:

At the age of fifteen, George Mendoza lost all of his central vision and 80 percent of his peripheral vision to a rare, incurable, degenerative eye disease…. After months of research, Mendoza’s mother learned bright light could sometimes help those with vision problems similar to his. In 1972, hoping to help her son she moved them both from New York to Las Cruces, New Mexico. Mendoza was angry and bitter; he was a teenager who faced limitations he had never imagined. After high school graduation, Mendoza heard of the curative powers of El Santuario de Chimayó in the Sangre de Cristo Mountains north of Santa Fe, New Mexico. He hitchhiked to the small village skeptical of a miracle cure. His vision was not restored, but Mendoza underwent a transformation in the Chimayó chapel “I’ve got bad eyes, sire, but there’s nothing wrong with my heart, lungs, or my legs.” With a beginning a new chapter in George Mendoza’s life, he joined the track team at New Mexico State, entered marathons and in 1980, ran in the international Olympiad for the Physically Handicapped in the Netherlands. A man of vision and courage, George went on to become a world class runner, Olympic contender, author and a motivational speaker to the youth and the disabled in America. In 1993, he began to paint full-time. With the center of his view he saw what he called “kaleidoscope eyes”- intense and changing visual images of fiery suns, brightly burning eyes and colorful pinwheels. Mendoza’s paintings sprang from the loss of his eyesight and a conversation with a priest that made a major influence on his life. “Many years ago I was getting tired of the eye problems, the dancing colors would not leave me alone. He spoke to a priest who told him “paint them, make designs and pictures of them”, this started the transition from a person with bad eyes to a visionary artist. George Mendoza remembers physical sight, which contributes to art and designs. His work is derived from his visual memories intertwined with dreams, visions and emotional experiences. Defying categories of art George paints figuratively and abstractly having never received formal training.

Mendoza’s artwork is stunning, and his story is compelling. PBS has produced two documentaries on his life story – hope to catch one on TV soon. And he has a website,  georgemendoza.com.

More from the collection… 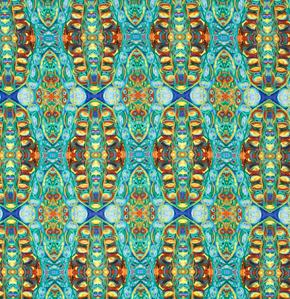 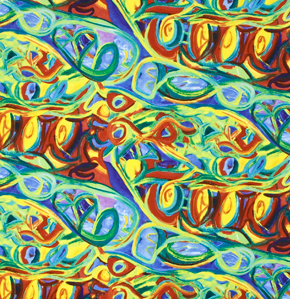 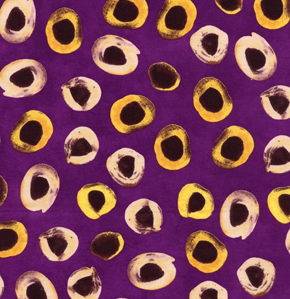 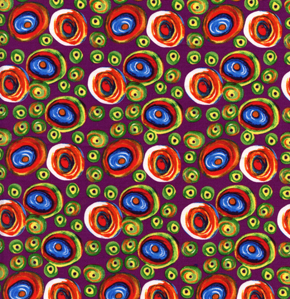 I found my fabric on eBay at creativemerchandisestore.com – they shipped it the same day I ordered it! So many of the eBay shops are such a pleasure.
Bye for now! Coco 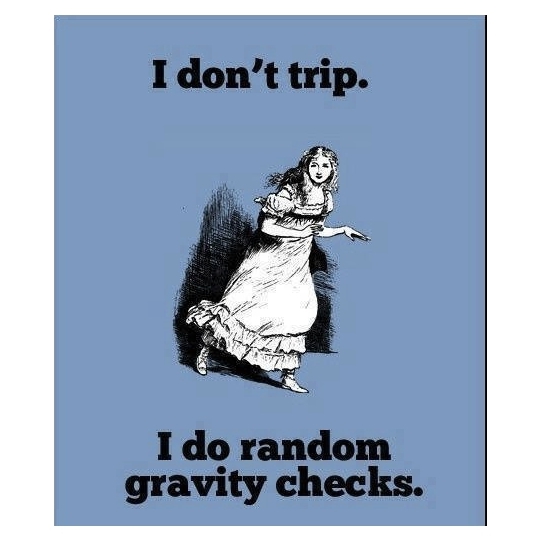