Oh boy! I love the way these Jackies wear, look, and feel! After a muslin (here) and an unhappy version in 100% linen, I hit the jackpot with Kaufman Brussels washer linen/rayon blend.

The difference between the linen and the linen/rayon blend is drape and hand. IMHO, with such deep pleats and wide legs, these pants really need to flow…not a 100% linen characteristic.

And after all that, the fit, notes, and so on, here is how I plan to wear these cuties…

It’s that strange time of the year, between Christmas and the New Year. Wishing for more Christmas, anticipating the end of a year. So – I got myself into gear, makeup, camera, some action. Got to go for it and get off my stool.

I love this pattern. And I was totally inspired by a post by BloglessAnna, her Ermine is so beautiful. Sometimes, whether I really can port a pattern or not, I want to try it. This is one of those, and I am so glad I did.

It is beyond cute and appealing. Winter is here in central Florida, I am scouting my closet, but it is mostly warm weather tops. This pattern is a welcome change. A woven fabric, sleeves, perfect over my linen pants wardrobe, and, OK, jeans, although I seldom wear them. I love my jeans, but they often get overlooked because they are in a drawer, not in my closet. hmmm

I really like this pattern, challis is perfect, and I’ve ordered an outrageous pink/black leopard print challis for my next one. Go figure.

The end of 2021, I hope you are well and able to embrace all the changes the last year brought us. Personally, I have been challenged, and my New Year resolution is (1) to flex more to my world as it is now, and (2) to champion myself more. I’ve often felt overwhelmed. About eight years ago, my son said to me that happiness is a decision we make. On my fridge ever since…

With deep caring and best wishes for you all, my special friends, Coco

Going along through this pandemic, at times overwhelmed by feeling of helplessness and the looming inevitability of infection, I have turned to research. Since Covid preocupies my mind, I find it helpful.

I actually have two books in my library that are illuminating, first read years ago and recently revisited.

By John M. Barry, The Great Influenza. This chronicles the influenza that attacked the global population on the heels of World War I, emerging in 1918. To a populace already decimated and weakened by the war, the influenza was ferocious.

The numbers, on top of the war deaths, were devastating and had a resounding impact on agro-economic and real goods production numbers. There were simply not enough people, post-war, and in the face of the plague, to manufacture, produce, or transport essential goods.

It is estimated that about 500 million people or one-third of the world’s population became infected with this virus. The number of deaths was estimated to be at least 50 million worldwide with about 675,000 occurring in the United States. Mortality was high in people younger than 5 years old, 20-40 years old, and 65 years and older.

For perspective, the population of the Unites States in 1918 was 1/3 of the current count. And as I write, the United States estimates 800,00 deaths attributable to the Covid virus, a W.H.O mortality rate of 1.6%.

Although each of us is living the Covid journey, a look back at the last global pandemic can be enlightening, even comforting, given that the 1918 influenza ‘burned out’ and left the scene after 2 horrible years.

The other book I’ve read, and have re-read several times, is The Coming Plague by Laurie Garrett. It is quite technical, in both research and depth of information. Several of my doctors have read it and recommend it. It is a layman’s view with several layers more of research. Although it begins with the earliest ‘plagues’, it illuminates both the road past and ahead in the face of old and new infectious agents. A link to her site, with a description of the book: https://www.lauriegarrett.com/the-coming-plague

Why even write about this? I feel compelled to comment on the impact of the virus and to suggest reading resources. My view…Covid has collapsed our virtual and real communities. Of course, after two years, I know people who have been infected by and/or passed away with this virus. The loss is, in the most gentle of terms, unspeakable. My world is smaller, tighter. It’s not ‘them’. It’s more personal. My son was diagnosed with Covid 10 days ago, but is doing well. This is hard, the stuff of giants, the test of titans. Coco

For me, irresistible…From By Hand London, a classic trouser.

I only discovered this pattern because Victoria Smith made them and shared on Instagram! I love her pants. I messaged Victoria about her experience, how she chose a size, and so on. A link to her IGram posts...

Going into the project, I was very aware of the volume created by the front pleats and wide legs. So I decided to choose my size based on my waist, the anchor of it all. I drafted the US 8/UK 12 size, waist 32″. I intend to belt these, and my relaxed waist is 31.5″, so it seemed a logical choice. The pattern is very generous with finished measurements info, including front and back crotch length. And the size I chose was spot on for both. Some time ago, I went to great lengths and much angst to determine my front and back crotch lengths. And having done so, find the measurements to be invaluable when sewing any pant pattern. Hint…do it.

Moving on, time for some pics:

A muslin is a must for pants. I used 118″ Fabri-Quilt Cotton Sateen for mine, found on Amazon. Actually, it was a good choice – the fabric has much more drape than cotton muslin, and they cost about the same.

I am really happy with the result! And have a beautiful fabric in the wings, from The Fabric-Store. They have incredible sales, available through their email alerts. And beautiful patterns that embrace linen/linen blends.

Next post on the trousers will be the finished version, I’m delighted to be so immersed in this interesting project. Bye for now! Coco

I’m in between fabric deliveries, who isn’t? so I pulled remnants from my stash to make this muslin. I seldom keep remnants now, except for tote and bag linings. But this came together color-wise. Frankly, I really do not wear a lot of green but the britches are much loved linen pants and are lime!. The lizards…not so much love.

In my usual fashion, I made a whole shirt. This is a scoop-neck Grainline Lark with new sleeves. I just like to test my sewing approach and fabric all the way. For the sleeve: I used a tutorial to slit the sleeve and redraft a new one. Check out IKat bag for a great tutorial:

Of course I had to choose a length – sleeve plus cuff – which you can do with judicious use of a measuring tape 🙂 I was after a 3/4 or so sleeve including the cuff. Unfinished, mine is about 17″ center top to hem, and I used an 11″ x 4″ self-fabric to fashion the cuff.

I think this a win! even though I tossed the muslin 🙂 I really want to try this on a tunic top for the winter months, something new to offset the typical tee shirt doldrums. Bye for now! Coco

I love the annual cool-down! Here in Orlando a Fibre-Mood Rya shirt jacket (aka shacket) is perfect.

After two previous Rya’s (here and here), I’m back for a third. Actually, I kept the plaid fleece but not the saffron Mammoth plaid, the colorway of the latter just was not flattering.

My previous posts have sewing notes, but here is a recap:

A comment on the pattern’s reliance on bias binding to finish the inside of the collar band and collar seam, the top of the pocket, and the hem. I just don’t get it! IMHO, it’s a recipe for a bulky mess that distorts important lines. Ergo my hem facings, pocket facing, neckline facings…

On the other hand, I love the demi-band collar. It has the perfect pitch to keep the collar against the neck in the back and close at the perfect spot in front. I’ve sewn a couple other coats with ‘Peter Pan’/flat collars that use the same approach.

Something new! Rather than struggle with in-seam pockets in a soft, loosely-woven fabric, I drafted patch pockets for the fronts. These are the same width as the upper pocket and are attached in line with it. Mine finished at 7 1/4″ wide and 8 1/4″ long.

Oh ladies. It’s not enough that we get grey hair and crepey skin. Or, more relevant to this post, farsighted.

How about thinning eyebrows, and the ones that are left grow way too much, dance around, and destroy the eyebrow line. That eyebrow pencil has to find its way through strange territory.

Or we suddenly have miniature mustaches inside each nostril.

When I was much younger, with estrogen flowing, I plucked the occasional hair around a nipple or under my thigh. Checked my lids for the stray hair under my eyebrow!

Sigh. Put on the readers and take a look.

And just get a trimmer, take care of business, and celebrate your glory. OK, I’m laughing, but we are, after all, vain creatures. For now, Coco! 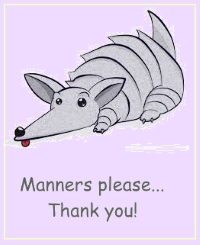